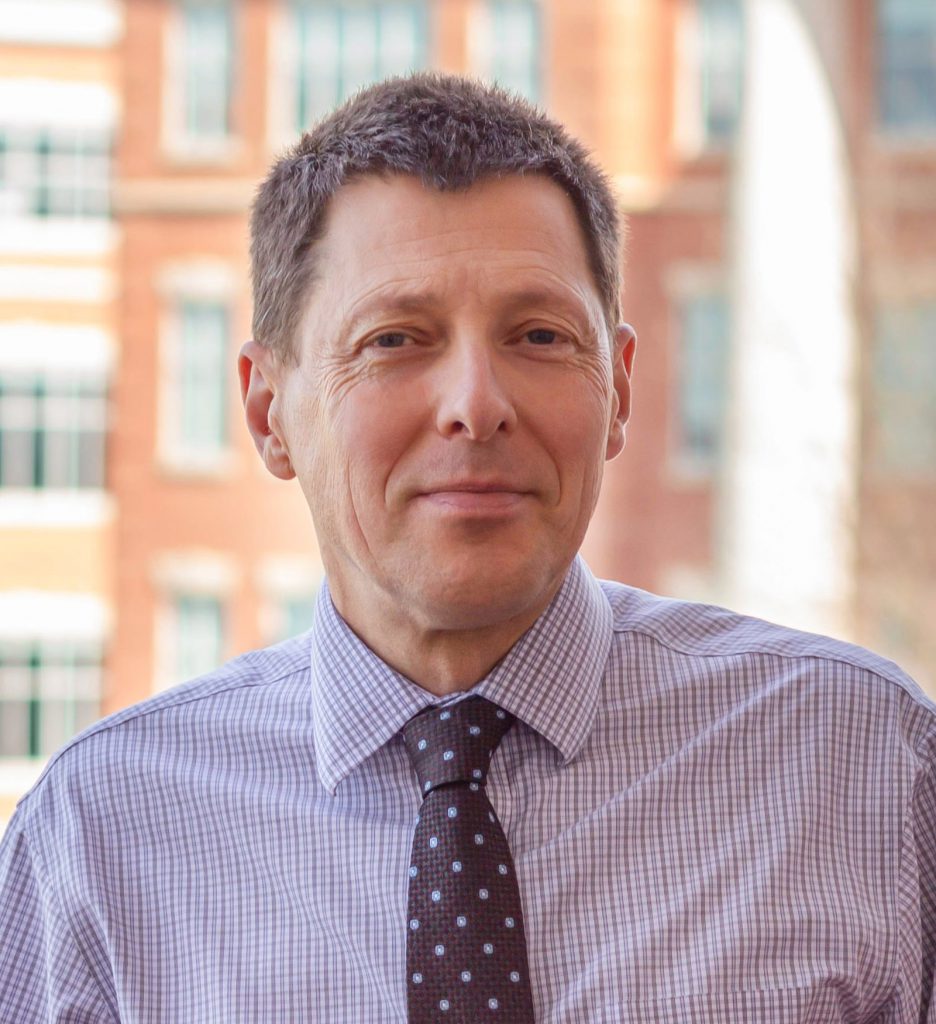 A highly experienced sales, marketing and business development professional with a strong track record of… 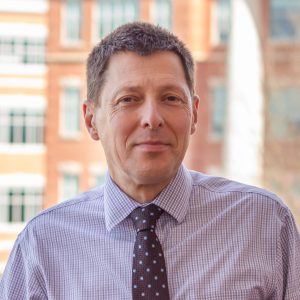 A highly experienced sales, marketing and business development professional with a strong track record of formulating a vision, building, leading and motivating multi-disciplinary teams for the development and successful commercialization of new technologies and contract research services for targeted global life science markets.

Prior to joining DHMRI, Julian held senior management roles with Carterra, Amphora and Biacore, as well as running a successful consulting business. 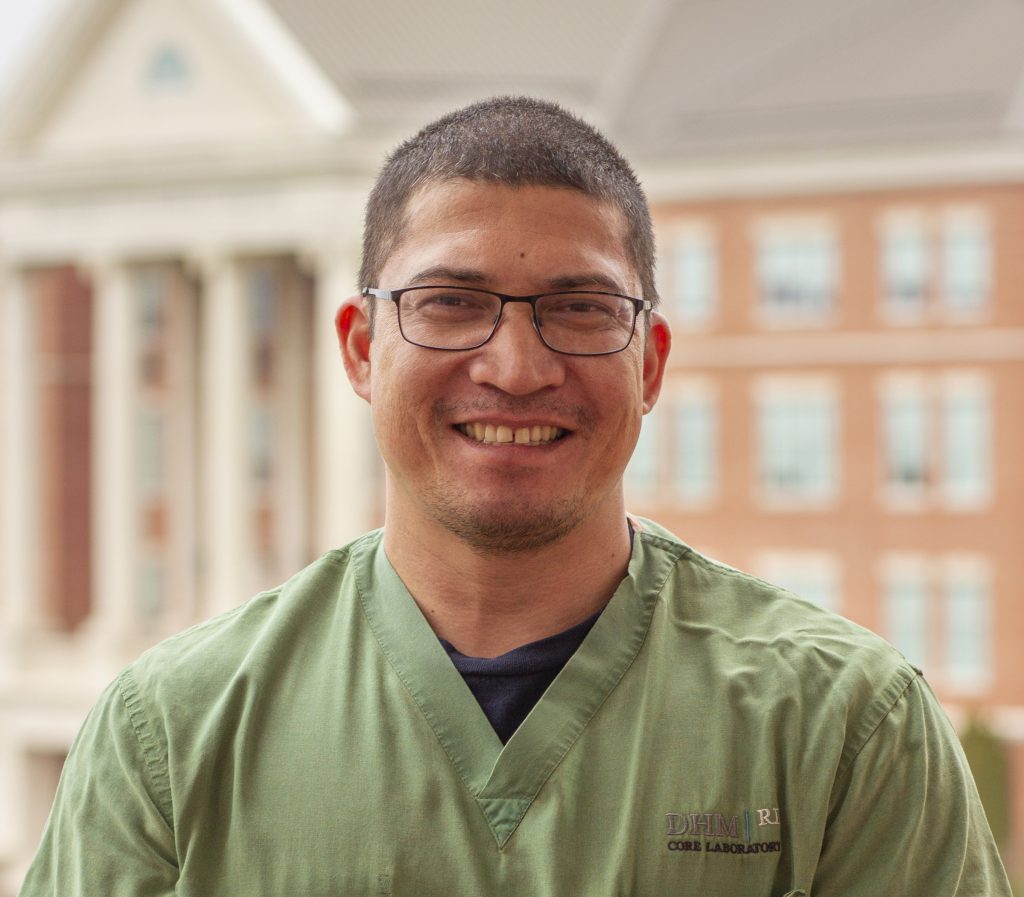 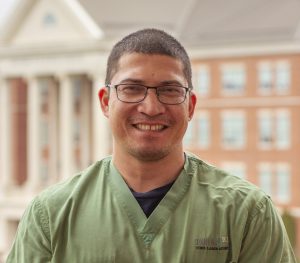 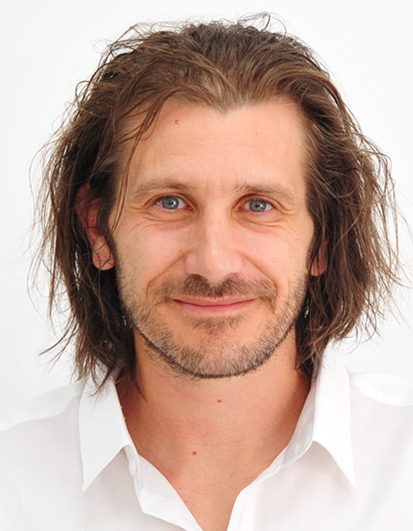 A degree in Molecular and Cellular Biology. He has over 13 years of research experience, with a focus on… 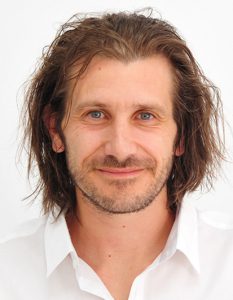 Julie Curaba, has a PhD from France, with a degree in Molecular and Cellular Biology. He has over 13 years of research experience, with a focus on understanding the mechanisms of transcriptional and post-transcriptional gene regulations. His studies focus on their function in developmental, metabolic, and defense-response pathways in various plants, including Arabidopsis, barley, soybean, and carrots. He is also specialized in the field of small-RNA mediated regulations where he studied the function of RNA-dependent RNA polymerases involved in the biosynthesis of short-interfering RNAs and the function of microRNAs controlling developmental processes such as floral transition and  seed development.

He loves designing experiments as much as analyzing the data. He has stated that, “Today, the genomics world can offer a deeper view of the blue print of life, from genome wide study of genetic regulations within a single cell, to exploring interactions within an entire microbiome. And, with the ever growing diversity of new techniques made possible through next generation sequencing, it is an exciting time to be working in this field.” 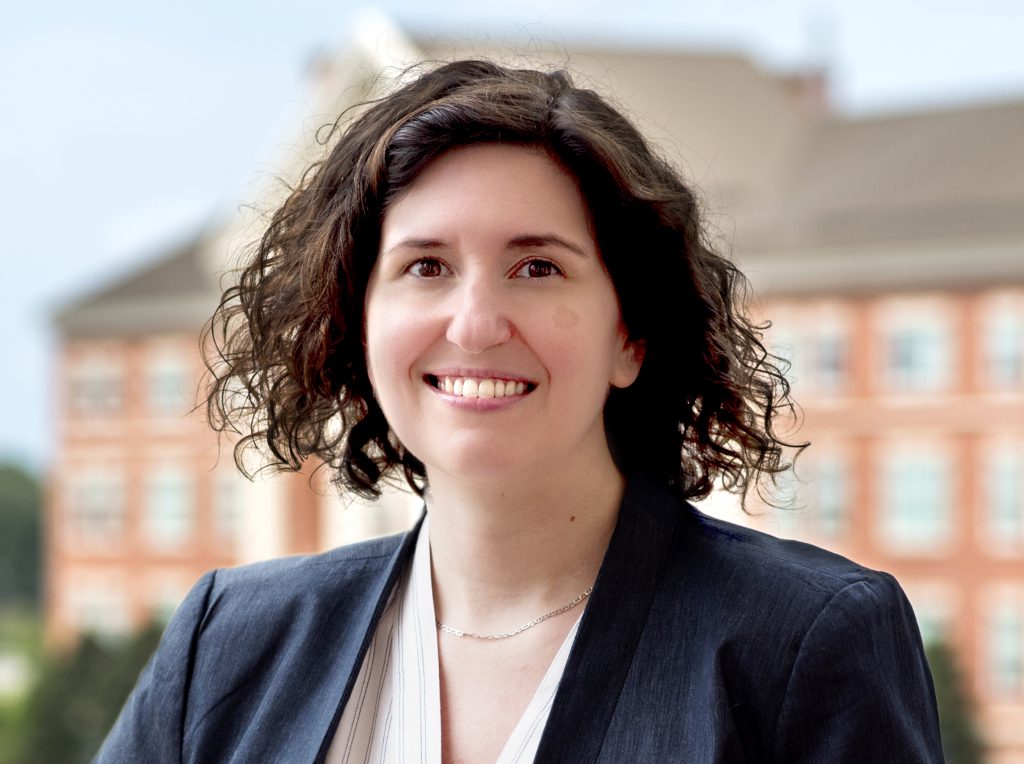 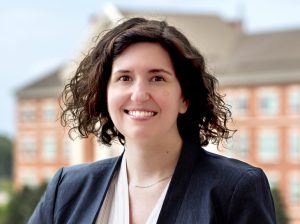 Dr Kay's research interests focus on improving human health through characterization of bioactive compounds and structure-function relationships within cellular pathways. Dr Kay has over 10 years' experience developing NMR and mass spectrometric methods for the detection and identification of small molecules, peptides, and proteins. At DHMRI, she applies this experience to develop novel methods for targeted, quantitative analyses of plant-derived and mammalian sample matrices. Kristine earned a PhD from The University of East Anglia (Norwich, UK) School of Chemical Sciences. 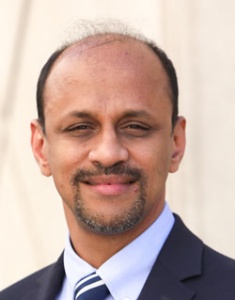 As Associate Dean for Innovation and Partnership, Suresh Balu is responsible for creating, implementing, and sustaining innovation and partnership initiatives for the School of Medicine, specifically, to support the strategic priorities for clinical and translational research. As Program Director for the Duke Institute for Health Innovation (DIHI), he works closely with Duke Health leadership to develop innovation frameworks and approaches across healthcare delivery, education and research. His responsibilities include, strategic evaluation of opportunities, developing competitive landscape for healthcare and research initiatives, complex strategic, operational and financial analyses and recommendations for Duke Health leadership and corporate development for global and US-based collaborations as they relate to an innovation platform.

His experience prior to Duke spans academia, management consulting, venture capital and private equity. As a corporate and competitive strategy consultant, he worked with leading life sciences and technology firms to develop strategies for innovation, revenue generation, organizational restructuring and product portfolio planning. His PE/VC experiences include product and technology due diligence, deal structuring and portfolio company management. As an entrepreneur, he was responsible for program management, market and product strategy at a venture-funded firm that focused on visualization and diagnostic products. He has operational and business development experience in Asia and Europe, where he helped to establish sales channels serving government and academic clients. He is an inventor named on more than 20 US and international patents. He holds MS (Computer Science) and MBA (Corporate Finance) degrees as well as a Master’s degree in Informatics and Bachelor’s degree in Engineering. 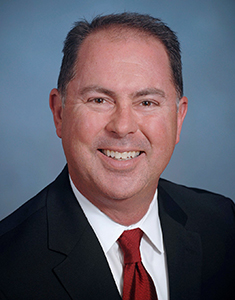 Cory R. Brouwer, PhD, is Director of the Bioinformatics Services Division, Professor of Bioinformatics and Genomics at UNC Charlotte, and Senior Research Advisor for the UNC System to the North Carolina Research Campus. He serves on the Charlotte Regional Advisory Board for NC Biotech and is also Co-Director of the Plant Pathway Elucidation Project (P2EP), an innovative public/private consortium on the North Carolina Research Campus.

Before coming to UNC Charlotte, he was leading a global computational biology group for the pharmaceutical company Pfizer out of their Sandwich, UK research campus located southeast of London. During his tenure at Pfizer, he led efforts in data integration, text mining, collaborative knowledge building and scientific software development supporting genomics and systems biology. He also was an active promoter of pre-competitive collaboration within the pharma industry and served as co-chair of the Knowledge and Information Services domain of the Pistoia Alliance, a cross-pharma precompetitive standards organization. He joined Pfizer from Curagen Corporation, where he led software projects in the area of gene expression, proteomics and toxicoinformatics. He gained his AgBio experience at Pioneer Hi-Bred, Intl, Inc. working as a computational biologist focusing on genetics and comparative genomics. He received his BS in Biology and PhD in Molecular Biology from Iowa State University.

Dr. Carol Spalding was appointed the third President of Rowan-Cabarrus Community College in 2008 after serving as the founding President of the Open Campus at Florida State College at Jacksonville. Rowan- Cabarrus Community College serves over 20,000 students annually at seven major locations in Cabarrus and Rowan Counties and in its largest campus, the Virtual Campus.

Dr. Spalding earned a doctorate in Education from Columbia University in New York, a Master’s in Human Resources from Pepperdine University and a Bachelor’s in International Studies from the University of Louisville. Dr. Spalding has participated in educational programs including The American Leadership Forum, The Aspen Institute Executive Seminar, and the Harvard Kennedy School of Government.

In 2019, Dr. Spalding was selected as the state’s President of the Year by the North Carolina Community College System. Additionally, Rowan-Cabarrus , Castle & Cooke North Carolina and the City of Kannapolis were named the North Carolina Community College System’s 2019 Distinguished Partners in Excellence. In March 2020, Dr. Spalding was recognized as one of the Top Ten Leaders of the Decade in Charlotte and Around the Region by the Charlotte Business Journal in its Decade of Growth publication.

Dr. Spalding has served on the Board of the Instructional Technology Council where she recently became chair and on the Board of Directors of the American Association of Community Colleges, the Rowan County Economic Development Commission, and the Cabarrus Chamber of Commerce. She is in her second term on the Centralina Workforce Board appointed by the Cabarrus County Commission. Additionally, Dr. Spalding serves on the board of the David H. Murdock Research Institute, chairs the Charlotte Regional Collaborative for a Global Workforce and is the convener of the Rowan Educational Collaborative.

Married to Dr. Francis Koster a frequent newspaper writer and founder of the Pollution Detectives, the couple lives in Kannapolis, NC. 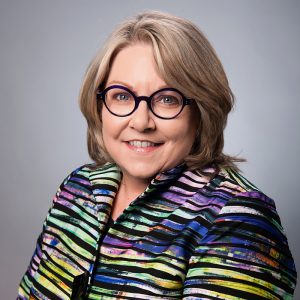 Dr. Kimberly van Noort is the Senior Vice President for Academic Affairs and Chief Academic Officer for the University of North Carolina System. She brings over three decades of higher education experience and joined the UNC System Office in 2016.  Prior to UNC, she was at the University of Texas at Arlington where she served in various roles including Associate Vice Provost for Undergraduate Studies, Director of University College, Associate Dean of Liberal Arts, and tenured faculty member in the Department of Modern Languages.

Dr. van Noort received her bachelor's and master's degrees in French from the University of Nebraska-Lincoln and earned a Ph.D. in French at Boston University. She currently serves on the boards of the North Carolina Arboretum, the North Carolina Biotechnology Center, the Coastal Studies Institute, and the Triangle Universities Center for Advanced Studies. In her spare time, she enjoys gardening, cooking, and raising goats. 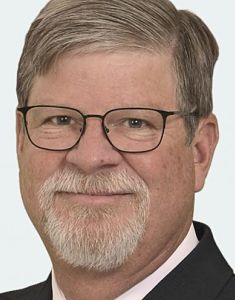 Steven A. Lommel is a William Neal Reynolds Distinguished Professor of Plant Pathology. He is Director of the North Carolina Agricultural Research Service and Associate Dean for Research in the College of Agriculture and Life Sciences, North Carolina State University. He is leading the build out of the Plant Sciences Initiative at NC State University. He conducts research on plant virus pathogenesis, evolution and taxonomy. His research on virion structure and assembly at the molecular and atomic level is leading towards using small RNA plant viruses as nano-cargo vessels for the targeted delivery of therapeutics to cancer cells and for seed treatments in agricultural applications.

As a result of this research, he co-founded and is a Scientific Advisor for the company, Nanovector. Dr. Lommel has an active research program funded by the NSF, USDA and the Bill & Melinda Gates Foundation to develop RCNMV as a nanoscale packaging and delivery vehicle. He was the co-investigator on a project that sequenced the Nicotiana Genome. His teaching responsibilities include graduate courses in Plant Pathology and Plant Virology as well as invited lectures in Biotechnology and Genetics. He is the editor for the Journal “Virology” and is on the editorial board for four other scientific journals. He has published more than 100 peer reviewed journal articles, book chapters, reviews and proceedings. He is a Fellow of the American Phytopathological Society and the American Association for the Advancement of Science.

He obtained his bachelor’s degree in Biology at the University of San Francisco in 1978, and his doctoral degree at the University of California, Berkeley in 1983. He was an Assistant Professor at Kansas State University. He joined the faculty at NCSU in 1988 and has risen through the ranks. He held a number of research administration positions at both the College and University level since 1992. He serves as special scientific advisor to the US EPA on the release of transgenic crops. He administrates North Carolina State University’s presence at the North Carolina Research Campus in Kannapolis. He is on the Board of Directors for the David H. Murdock Research Institute and was the President of the Institute. He also serves on numerous University, State, Federal and International Scientific Boards, Committees and funding panels. 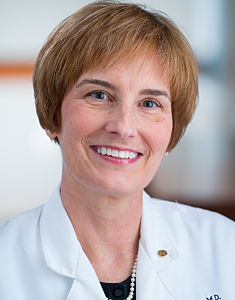 After receiving her medical degree from Indiana University, L. Kristin Newby, MD, MHS, completed a residency in internal medicine and a cardiology fellowship at Duke University. Currently, she is Professor of Medicine in the Division of Cardiology and Co-Director of the Cardiac Intensive Care Unit at Duke University Hospital. At the Duke Clinical Research Institute, she has been engaged for many years in cardiovascular clinical trials, incorporation of biorepositories in clinical trials, and the development of integrated biosignatures of risk and response to treatment. Within the Duke Clinical & Translational Science Institute, she is Director of the Translational Population Health Research Center.

She has authored more than 340 peer-reviewed publications, and was named to Thompson Reuters Highly Cited Researchers listing in 2015-2017. She is a member of the Editorial Board of the American Heart Journal and serves as the Deputy Editor of JACC: Basic to Translational Science. She is a Past Chair of the Council on Clinical Cardiology of the American Heart Association, an elected member of the Association of University Cardiologists and the Association of American Physicians. 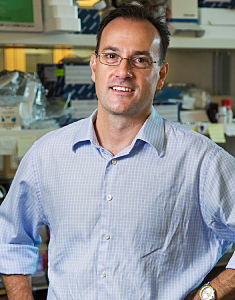 Simon Gregory, PhD, applies the experience he gained from leading the sequencing of human chromosome 1 for the Human Genome Project to elucidating the molecular mechanisms underlying multi-factorial diseases. His primary area of research involves the identification of the genetic, genomic, and epigenetic factors that give rise to the development of complex diseases such as multiple sclerosis and autism.

He discovered the first gene outside of the MHC to be associated with MS, and has since continued to make significant contributions to MS research by establishing the role of IL7R, and now DDX39B, in the development of the disease. As the principal investigator of the MURDOCK MS study, he is working with samples from over 1,000 MS patients to establish the basis for genetic, genomic and metabolomic biomarker identification of MS disease development and progression. His autism research involves targeted approaches to identify predictors of oxytocin response in human cohorts and animal models.